Although rumors are going on that J.C.Staff will not produce any other seasons, there is no official announcement. Hence, you can let go of the possibility of this anime ending soon.

Now, let us look for the reasons why you should patiently wait for the upcoming season.

Contents show
1 One Punch Man Season 3: Expected Storyline and Things You Should Know
1.1 Storyline of One Punch Man 1 & 2:
2 The Expected Plot of Season 3:
2.1 Character Profile in the Upcoming Season:
2.2 Voice Artists:
3 Rumors and Predictions about OPM Season 3 Release Date:
3.1 Studios and Stuff:
4 Ratings:
5 Where Can You Watch One Punch Man Past Seasons:
6 FAQs:
6.1 1. Why is One Punch Man so popular?
6.2 2. Why did Season 2 receive terrible reviews?
6.3 3. Will there be another season of One Punch Man after season 2?
7 Wrapping up:

One Punch Man Season 3: Expected Storyline and Things You Should Know

After 2nd Season Specials finished airing in fall 2019, the massive fan base pretty much expected that One Punch Man Season 3 will start again in June 2020. Unfortunately, the studio postponed the release date due to the sudden coronavirus outbreak.

Some other facts might affect the estimated release date. But before that, it might be better to shed light on the storyline of this fantastic anime.

The storyline of One Punch Man is quite interesting because it is different from the traditional hero franchises.

This is a story of Superheroes and Monsters. The protagonist is Saitama who is a hero just for fun.

He seemed to be an ordinary bald guy with a good sense of humor. Yet his unimpressive appearance did not bother him to fulfill his unique hobby of becoming a famous hero.

Season 1 was more focused on Saitama’s unimaginable power after three years of exclusive training. Although he lost all his hair along the way, he was then so powerful that he could defeat any evildoer with just a single punch.

Since he was overpowered, he soon became unbeatable, which was boring because he lacked a worthy opponent. This resulted in a problematic situation, and soon, he lost all the thrill of fighting.

This plot took a turn when a cyborg named Genos arrived at the scene and wished to be Saitama’s disciple. Eventually, they joined the Hero Association to kill the increasing number of monsters and to build a loyal fan base of their own.

The story ended with some exciting fighting scenes and memorable punch lines, which made the anime more interesting. The comedy of this anime was enough to make it worth watching.

In the Second Season, Saitama decided to join an impressive martial arts competition to know more about his new enemy’s fighting style named Garou. This mysterious character revealed him as a monster who hated superheroes.

Saitama and Genos continued to enhance their fighting skill. Although the season started with revealing King’s true identity, Garou’s arc did not end here.

Ironically, most of the good fighting scenes were from Garou than from Saitama or Genos. He fighted with Saitama, Hero Gang, Genos, and Tank Top Master.

However, Saitama’s lack of presence was felt by many audiences in the entire season. Genos vs. D4 Robot, Genos vs. Elder Centipede, and Genos vs. Sonic fights were also exciting to watch.

As Garou is still alive and showing monstrous action, you can easily predict that Season 3 will come in the near future.

The Expected Plot of Season 3:

This anime adaptation usually follows the manga series. As a result, OPM Season 3 is likely to start from the hostage rescue part. The Hero Association will launch attacks and one-on-one battles of S-Class Heroes against the monsters.

There is a possibility that this season will be filled with significant actions because Garou is still not defeated by Saitama. The question, what will be Saitama’s strategy when even his powerful punch does not work on Garou?

Well, You can expect new monsters along with Atomic Samurai, Child Emperor, and Garou. Also, Saitama’s secret mission will allow us to watch him a little more than season 2.

Character Profile in the Upcoming Season:

It will be better not to expect that much change in the usual cast. Characters like Genos, Switch, Eyelashes, and Mumen Rider and our strongest hero of the world, Saitama, will be present this season.

The fans will be amazed one more time with Saitama’s speed and out of the world physical strength. And his gag show will also be here and there in the entire series.

Furthermore, some new monsters and heroes may be introduced, as well.

Makoto Furukawa and Max Mittleman will give voice as Saitama in this season as well. We might hear Kaito Ishikawa and Hikaru Midorikawa as Genos and Garou, respectively.

Now let me break it down to you why you have to wait for a few more months to watch OPM Season 3.

Until November 2020, artist One and Yusuke Murata have published 22 volumes of the printed manga of One Punch Man. To animate the debut season and the second one, studio Madhouse and J.C. Staff used up to 7 and 16 volumes accordingly.

As you can see, the studio cannot produce a full season with the remaining six volumes. They need more resources. Therefore, we have no other choice but to wait for the manga series updates.

Meanwhile, if you want to know what will happen in season 3, you can read the manga from this link.

When can be the estimated release date? You might get the answer if I show you the previous release dates:

To produce an excellent show, the staff needs to take a lot of time for the detailed artwork and dubbing. Some critics think that the current production house J.C. Staff did not do an up to mark animation work, which affected Season 2.

That might be the main reason for their delay. And to watch a perfect adaptation of the manga series, you have to wait a little longer.

In the meantime, you can try watching High School DXD Season 5, which is an action-comedy anime like One Punch Man.

To assure us that there will be another season; some otakus of OPM have stated that through 2020, there will be enough manga volume to produce part 2 of Garou Saga as in OPM Season 3.

In the Twitter account of One Punch Man, it was confirmed a while ago that Season 3 received a green signal. But having the pandemic lockdown, the release date might push back to late-2021 or early 2022. No fixed date has been announced for One-Punch Man Season 3, however we are guessing it will be released some time in May 2021

And if you notice the previous release dates, the creators take more than three years before an upcoming season every single time.

The debut season One Punch Man was produced by Madhouse, which is famous for some legendary anime, such as Overlord, Death note, Hunter X hunter. Studio Madhouse is still working on Overlord Season 4, which is estimated to air at the end of 2021.

After some time, the project went into the hands of J.C. Staff, which is also famous for animes like Food Wars, Toradora, and Maid Sama. So, the new director of the anime was Chikara Sakurai instead of Natsume. Since Season 2 received quite a few negative reviews, fans blame J.C. Staff’s low animation skill.

But they are quite famous for their romance, supernatural, and slice of life amines. You can watch Food Wars season 4, which has finished airing in fall 2019, while waiting for OPM season 3.

Where Can You Watch One Punch Man Past Seasons:

You can watch the previous seasons online on Netflix and Hulu.

Moreover, if you want to watch it for free, Crunchyroll and Animepahe can be the best option.

Answer: One Punch Man is popular because of three reasons, animation, main hero, and comedy. Madhouse did justify the manga in their anime adaptation. Not to mention the influence of our bald hero Saitama stays for a long time with the audience.

As it is a comedy based action-parody, I can assure you that it is a full package.

2. Why did Season 2 receive terrible reviews?

Answer: Some critics commented that OPM Season 2 was a mediocre anime. Even though the season was packed with a better storyline, more developed characters, and consistent humor and voice acting, it suffered because of the lazy animation of J.C. Staff.

3.    Will there be another season of One Punch Man after season 2?

Answer: Of Course, there will be more than just season 3. To finish the Garou arcade, it will need another two seasons. Wait just a little bit more.

The fans all over the anime world are eagerly waiting to watch the insanely strong and oblivious hero Saitama in action. Let us hope that J.C. Staff does an outstanding job to take One Punch Man Season 3 to the standard of the freshman season once again. In the meantime, you can try to read the manga that Yusuke Murata illustrated. The art work is breathtaking and in some cases better than the anime adaptation. Hope this makes your quarantine time more fun. 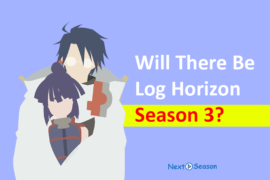 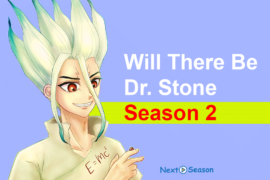 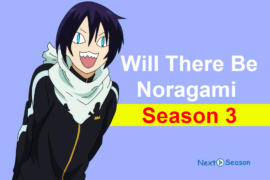 Will There Be Noragami Season 3? [Best Information 2021] 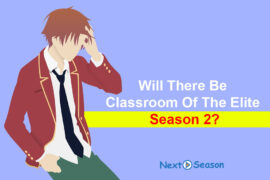