One of my friends suggested that he watched “Arifureta: From Commonplace to World’s Strongest” because he knew that I have passion for adventure and fantasy based anime. And I absolutely fell in love with this one later.

If you have not watched the anime yet and have the same interests like me, I would suggest you keep this anime in your watch list. However, for those who have already watched it and loved like hundreds of fans around the world, I have good news for you.

I know you are eagerly waiting to know the release date of Arifureta Season 2. And you will get the answer if you hook up with us in this article.

What Happened in Arifureta Season 1?

Hajime Nagumo always had an obsession for different manga and amines. One day his dream of being into a fantasy world like an anime character became true. He and his friends were summoned to a world where they have to fight to save the people on earth.

Obviously, it was not possible to fight furious monsters with normal strength; the whole gang received various fighting abilities. On the other hand, Hajime was gifted with transmutation skills. This turned him down in front of his other classmates because this ability would not help him to combat.

However, during the time they were wandering in the Great Orcus Labyrinth, our kind hearted protagonist was betrayed. Someone pushed him to an unknown abyss and left him there to die. But fate decided something else.

Hajime started to live somehow and seeking for ways to survive the labyrinth. The transmutation skill was useful this time. On the way, he rescued the vampire princess Yue. Now the things remaining were to kill, survive, live and escape.

Why is Arifureta So Special?

The subtitle of Arifureta season 1 was ‘From Commonplace to World’s Strongest’. The story depicted how an original person can become extraordinary in necessary circumstances. Even though Hajime’s character changed a lot, he was stronger than before.

Besides, I think I should mention that if you have no interest in the harem genre, then think twice before watching this anime. There are numerous anime from this genre that shows a range of sexual contents which can be disturbing for you.

And if you can skip these contents because mostly they are made for fun purpose, the adventure, action and amazing plot as well as character development will hook you up till the end. And all of these make you waiting for the next season as well.

Will there be Arifureta season 2?

The official announcement of Arifureta Season 2 in production was released last year. Although there are no updates so far from the production studios, the work is still going on.

It can be assumed that the upcoming season of this anime may release at the end of this year if the pandemic situation doesn’t get any worse.

The first season premiere was postponed and after that it was released on July 8, 2019. Asread started producing the anime instead of White Fox after the first few episodes. The series was based on the light novel of the same name.

What will happen in Season 2?

Both of the studios, Asread and White Fox are now cooperating for Season 2. Since the light novel series is still going on, there is plenty of source material for Arifureta Season 2.

I will not give you any spoiler but some new characters will get introduced in the upcoming season. Bize is one of them. To help him, Hajime and his troops will experience a new adventure in Grand Gruen Volcano.

Now, what will happen between Hajime and Yue? You have to watch the second season to find that out. Till then, you can watch Danmachi season 2.

Ratings: Arifureta Season 1 was rated 6.9/10 according to IMDB and received 5 stars on Funimation streaming.

Answer: One of his classmates named Daisuke betrayed Hajime. He pushed Hajime to a collapsing bridge with his skill.

How many wives will Hajime Nagumo have?

Answer: The fun fact about our protagonist is that he will have 8 wives (source: light novel). In order to recruit them, Hajime will make them his wives. If you want to know what he does to them, wait for the next season.

How long was Hajime in the labyrinth?

Answer: Hajime finished eliminating all the monsters with the gun he made in approximately 4 months. After that he started training before leaving Oscar.

The popularity Arifureta received was because it’s loyal fanbase around the world. There have been two groups of the light novel lovers and the anime lovers. Although the first one doesn’t want the anime series to air in first place, the others are eagerly waiting for it to air.

I think Kengan Ashura Season 3 and Drifters Season 2 will also air at the same time as Arifureta Season 2. All we can do now is wait patiently and stay healthy. 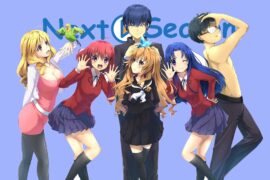 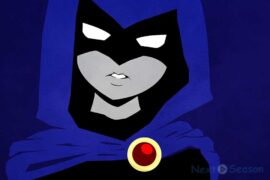 Will There Be Teen Titans Season 6? [Best Information 2021]