If you are a diehard fan of American crime-drama series, then you must have watched Better Call Saul. The reason why everyone is talking about the series again is that the last season of this dark comedy series has already been announced.

The show became popular among fans because it was a prequel to Breaking Bad. Now that the show is coming to an end, I know you are curious about the release date, plot, and cast.

Well, you can be glad that in this article, I will provide you with information we have on Better Call Saul season 6.

The series debuted on February 8, 2015, on AMC. The show was mainly a spin-off of the infamous series Breaking Bad, created by Peter Gould and Vince Gilligan . Better Call Saul is a full package of Crime, legal, Black Comedy, and of course Tragedy.

Better Call Saul has a total of 5 seasons aired so far. Since 2015, the producers have successfully released one season per year till 20 April 2020.

Every season had 10 episodes with a blockbuster ending which attracted the viewers to watch the next season. An after-show live show called Talking Saul also became entertaining with the star cast discussing the episodes with Hardwick.

As many people consider Better Call Saul as the successor of the very famous series Breaking Bad, it depicted some of the breaking bad stories. Jimmy McGill adopted the name Saul Goodman later in this series. He was a lawyer in New Mexico and the season started with him attempting to persuade the Kettleman couple to keep him for their embezzlement trial.

And the season ended with revealing that Jimmy’s own brother Chuck doesn’t believe in him and hindered him in many ways to be a proper lawyer. Then he recalled Marco’s death in a con plan of theirs and drove his car singing the song Marco sang while dying.

This season explored the relationship between Jimmy and Kim Wexler, his lover and professional partner. Along with him, she accepted the “David & Main’s” offer. Mike threatened Nacho about his secret drug deals or else Jimmy’s idea was to represent Daniel by staging a fake video.

Kim kept warning him to do his job legally. In the last episodes, Kim and Jimmy started their own office, after which Kim loses the Mesa Verde account. Chuck recorded Jimmy’s confession about tampering with the evidence and that was the end of the second season.

This is one of the best seasons of the series. Chuck attempted to disbar Jimmy by making him break into his house while a private investigator was present there. He later managed to escape from this by planting a battery on Chuck.

Kim involved in a car crash because of falling asleep and broke an arm. In the later episodes, Jimmy becoming Saul Goodman (the name came from the phrase “it’s all good man”) was more visible. In the end of this season, chuck set his own house on fire by knocking off an oil lantern.

After Chuck’s death, Jimmy struggled with the loss of his brother and became depressed from guilt. Then Howard took the blame because he fired Chuck from his position and Jimmy felt less guilty. Kim started with Mesa Verde again and gave Jimmy a letter full of his admiration written by Chuck.

He got disheartened when Kim started to work with “Schweikart & Cokely”. He appealed to start working as a good lawyer again and revealed to Kim that it was a con. Mike killed Werner at the end of this season.

Jimmy takes the name “Saul Goodman” officially into account in this season. Kim got frustrated by the mysterious and erratic behavior of Jimmy. Nacho pulled a plan to sell his father’s shop to someone so that his father could get out of the drug world safely but the plan failed.

Jimmy got an offer from “Hamlin, Hamlin & McGill (HHM)”. In the case of Mesa Verde’s eviction of Acker, he created delay but Kim didn’t want to blackmail anyone to win this case. Later they got married.

Warning Kim about the recent harassment of Jimmy, Howard suggested she should stop following his lead anymore. Some assassins came to kill Lalo but he killed all of them except one and told him to deliver his (Lalo’s) death news to the arranger of the assassination.

Will There Be Better Call Saul Season 6?

Yes, there will be a season 6 of Better Call Saul and unfortunately, the series will draw the end line with this season.

The production started in February 2020 but they couldn’t continue the shooting because of the pandemic situation just like Hilda Season 3. The good news is, the production resumed this year again.

It is said by many sources that The Dragon Prince Season 4 will be released earlier than this show.

What will happen in Better Call Saul Season 6?

Now, the only question that remained after season 5, is who will survive till the end? Since this series is the backstory of Breaking Bad, we can assume the fate of some characters. For example, Lalo Salamanca will head to take revenge for his mother’s death and will survive since he existed in Breaking Bad.

However, Nacho Varga’s fate might not be as good as Lalo’s. Another ill-fated character will be Jimmy’s wife (Kim Wexler), as she was in the middle of trouble supporting Lalo. Her legal career is already finished but as Gould has stated that they have a lot of ideas, let’s see what happens.

And last but not least, we will know how Jimmy develops his vulnerable condition.

The estimated date of airing is either early or mid-2022. As the production got delayed because of the pandemic, it will take a little longer than usual to release another season.

And since this will be the last season, the cast and crew are working really hard to give the series a clean finish.

Although the cast of season 6 is not confirmed yet, we are assuming that the main leads of the series will be back again.

We are hoping to see more of Bob Odenkirk, Jonathan Banks, Rhea Seehom, Patrick Fabian, and Michael Mando.  But Gould has already confirmed that the character Aaron Paul, played by Jesse will not be returned. And more cameos can appear in this season as well like the season before.

Will there be Better Call Saul Season 7?

Well, as far as we know AMC has given the permission to renew the show to cut all the loose ends and give the series a proper finale. After five excellent seasons, the fans of this series are waiting for the biggest finale of the year.

I think they will only focus on making the finale grand. Yet I will let you know if I can find any updates.

According to IMDB, the rating was 8.7/10. Rotten Tomatoes critics gave this show 97%. Moreover, TV.com rated Better Call Saul 9/10. And 93% of Google users liked the show.

Now the success of any series highly depends on the fan’s activity over social media. Let’s take a look at how Better Call Saul has influenced the fans.

There are more than 1,996,827 likes in the verified Facebook fan page of Better Call Saul. Other than this, there are also some fan pages and fan groups on Facebook as well.

According to Instagram, the show has 541k followers to see the updates of the series and the photos uploaded by the star cast. Like, comments and shares are proof of how fans loved the show.

Where to Watch Better Call Saul?

You can watch Better Call Saul on Netflix, Amazon, or on AMC.

The actors of these series have received many awards such as Satellite Award, the Critics’ Choice TV Award, Peabody Award, and many more.

Answer: According to the cast, Bryan Cranston will appear in Better Call Saul season 6 as a guest cameo, Walter White.

Why didn’t the pills kill Hector?

Answer: Hector took nitroglycerin as a medicine for his heart condition. So, he didn’t die. But his death occurred in Breaking Bad.

Was Kim Wexler ever mentioned in Breaking Bad?

Answer: No, she isn’t. Even though Better Call Saul is a prequel to Breaking Bad, Kim Wexler is only the prequel’s character.

Answer: Saul ripped up the check because the check was from his elder brother. He felt disgusted with his money.

Better Call Saul Season 6 will give all the answers to the questions we are wondering for a year. The posts on Twitter by the creators and actors give us a hint that this season will be bigger and this season will end with a bang.

Now, all we can do is patiently wait for the finale to come. I hope this article helped you to remember all that happened in the previous seasons and to know the fun facts. Let’s see what season 6 reveals to us. 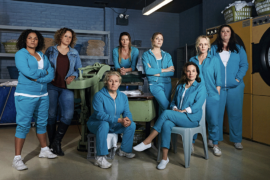 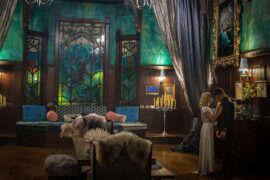 Will There Be Tidelands Season 2? [Best Information 2021]