Friendship between the most popular girl and the unnoticeable boy in the class- seems kind of impossible to happen but when destiny interferes, fantasy comes true. And the romantic comedy Horimiya presented this storyline to the viewers.

Since rom-com is always the most popular genre of anime, many people around the world admire this show to the fullest.

Now, if you have already finished watching this anime, and want to know the details of the next season, Horimiya Season 2, you are at the right place.

The First Release Of Horimiya

Horimiya Season 2 premiered on Tokyo MX on January 10, 2021 and finished airing on April 4, 2021. CloverWorks adapted this TV series. The anime Horimiya is licensed by Funimation.

The story is based on the manga “Hori-san to Miyamura-kun” by Hiroki Adachi. Mashashi Ishihama directed the show and the first season had 13 episodes in total.

What Happened in Horimiya Season 1?

One day Izumi Miyamura meet Kyoko Hori at her house. And they found out the secret of each other, where the story began. Hori was the most popular and prettiest girl in her class, while Miyamura was the nerdy, glass wearing introverted boy.

Miyamura used to be the one whom everyone avoided. But after being friends with Hori, that changed. Yoshikawa, Hori and Ishikawa formed a group with him for a class project for the first time. Sakura developed a crush on Ishikawa in summer.

When Hori was sick, Miyamura took care of her as she didn’t have any parents. Miyamura made a confession of his love while Hori was sleeping. They had a little misunderstanding because of Hori’s little brother, Souta. After reconciling, Miyamura kissed Hori after school.

Sakura gave Ishikawa baked cookies when he told her to get rid of a stain on his jersey. Meanwhile Miyamura found out the sadistic side of Hori’s character. Akane Yanagi proposed to Yoshikawa to go on a date, but got rejected.

Because of having a crush on Hori, Mizouchi treated Miyamura coldly after meeting him. Hori had been forcing Miyamura to be rough on her. Sakura got overwhelmed by the rumour of Ishikawa and Yuki’s dating. Sengoku tried to give her condolences later.

On Christmas night, Hori told Miyamura that she wanted to be together forever. And Miyamura replied that they would get married. Then in the graduation party, they reflected on their memories in school. In the end, Hori and Miyamura walked together recalling their beautiful love story.

What Will Happen In Horimiya Season 2?

After watching the first season of Horimiya, you will see that the anime ended with almost no  questions. Horimiya season 1 covered almost all chapters of the existing manga.

But if the producers want to adapt Horimiya Season 2 from the manga, it is still possible. Because the first season left out many details and some chapters, to complete it in 13 episodes.

So, the second season will most likely focus on the characters’ past, with their journey to the life that came after graduation. It will tell us more about Hori and Miyamura’s personal life and their passions.

When Will Horimiya Season 2 Air?

It is a bit early to predict these things as the first season just finished airing recently. The source material of the manga “Hori-san to Miyamura-kun” also finished publishing all the chapters.

As mentioned before, there are still some stories to cover from the original manga. Horimiya Season 2 can adapt those stories and can become a reality.

But the release date is still uncertain and the producers didn’t confirm anything about that.

Around 2 million people viewed the trailers of Horimiya on YouTube.

This romantic comedy show Horimiya won the Best Romance award in the Winter 2021 Anime Awards by Crunchyroll. Also Hori and Miyamura were selected as the Best Couple.

How Long Is The Horimiya Anime?

Answer: The anime has 13 episodes in total.

Did Miyamura And Hori Sleep Together?

Answer: Yes, they slept together.

Why Is Horimiya So Popular?

Answer: Maybe because of the “meet cute” between Hori and Miyamura with other captivating and funny scenes.

Answer: No, it is worth your time.

Will There Be A Season 2 Of Horimiya?

Answer: There is a little to no possibility of that to happen actually.

Does Horimiya Have A Happy Ending?

Answer: Yes, the series ended in a happy tone. You can imagine that they are living their life with each other happily ever after.

Horimiya is an anime to watch when you want to lift up your mood and enjoy your leisure. This series will give you absolute pleasure by the perfectly depicted romance and friendship.

Don’t worry about Horimiya Season 2, watch the first season first. It will surely give you pleasure and leave you with a good impression. And while waiting for the next one, watch Vinland Saga Season 2 or Demon Lord Retry Season 2. 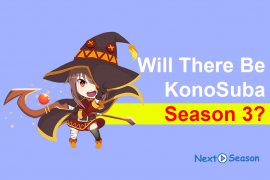 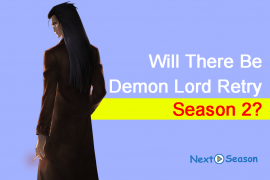