Do you want to know the ending of Demon Slayer? Well, it is pretty normal to assume that the protagonist will finish off the antagonist in the end. But to know what will happen at the end of the Demon Slayer anime, you might need to wait longer than you expected.

If you are not willing to wait till Demon Slayer Season 2 premiers, you can always read the manga to be more advanced with the story. The Manga is already finished publishing and for your convenience, I will let you know how does Tanjiro kill Muzan.

Why Did Tanjiro Kill Muzan?

Simply put, Tanjiro’s aim in life was to kill Muzan because he slaughtered his family while he was working. Muzan killed the Kamado family to clear his path. From his flashbacks, we know that he was nearly killed by someone who had Hanafuda earrings and a crimson blade.

Therefore, he was trying to eliminate any potential threat to his life. Unfortunately, the Kamado family had to suffer because of the Hanafuda earrings and the powers they possessed.

The source of the earring and the legendary breathing techniques were originally possessed by Yoriichi Tsugikuni, a friend of Sumiyoshi (ancestor of the Kamado family). Muzan thought the Kamado family had a powerful Demon slayer among them. So, he killed all of them and transformed Nezuko into a living demon.

That’s why to avenge his family and cure his sister, Tanjiro took the oath to finish off Muzan, the demon king.

Does Tanjiro Have the Power to Kill Muzan?

With years of training and hard work, Tanjiro mastered some war techniques to use against Muzan. He became an outstanding demon slayer with his unique breathing techniques. He could use both water and fire manipulation to kill any enemy in front of him.

Moreover, he could use his amazing smelling power to find out any demon spirit and his swordsmanship also helped him to fight Muzan.

Is Muzan Stronger than Tanjiro?

Muzan was immune to many demon-killing medicines and swords. Using his blood, he could perform many Blood Demon Arts and manipulations. Overall, he had unlimited stamina, speed, power, and reflexes that made him an exceptional demon and stronger than Tanjiro.

How Does Tanjiro Kill Muzan?

Sunrise Countdown Arc showed all the Hashira and demon slayer crop was battling with the Demon King alone. During his 10,000+ years of lifetime, the demon king had numerous battling techniques stored in his body and it became impossible to defeat him.

However, in the Final Battle Arc, all the demon slayers were transported to the infinity castle. But the heroes along with Tanjiro used Sun Breathing techniques to harm the demon king and slow him down. Tomayo’s aging medicine helped them to defeat the demon king as he became weaker.

But Tanjiro was heavily injured by Muzan’s power and died because of the poisons and damages in his body. For the last time, Muzan tried to infect Tanjiro with his blood to turn him into the new demon king.

Fortunately, Tomayo’s medicine and Nezuko’s love brought back his consciousness, and his humanity suppressed the demon king’s spirit. Thus, Taanjiro eliminated the hideous evil spirit once and for all.

Demon Slayer tells us the story of having hope when there is nothing left. How does Tanjiro kill Muzan– depicts the ultimate truth that the good will always have triumph over the bad.

Even when Tanjiro turned into a demon, he was still struggling to break through the trap Muzan set for him and destroyed him both physically and spiritually. 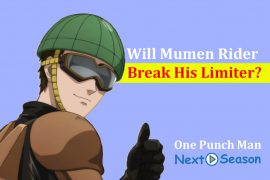 Will Mumen Rider Break His Limiter? 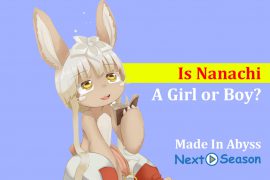 Made In Abyss Nanachi Gender 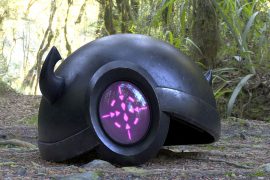 Made In Abyss Reg Helmet