What was the first question that popped into your mind after watching Demon Slayer Season 1? For me, it was- how old is Tanjiro? I kept looking for the answer in different forums because I was amazed at how he managed to survive fighting the monsters when he looked so young.

The anime series has depicted emotions that were heart-touching. And at the same time, the action is unbelievable. That’s why Demon Slayer has a massive loyal fan base for the anime.

Anyways, if you are a fan and looking for some answers, keep reading the article and you may find your clue.

Tanjiro is a demon slayer. He works for the Demon Slayer Corps as a Kanoe ranked slayer. He used duel breathing styles and swordsmanship to kill any demon. His Nichirin swords can turn Crimson from black in color with his grasp.

Tanjiro became a demon slayer when a monster named Muzan, killed his parents and transformed his sister into a demon. But his sister Nezuko could still express some human emotions which made him realize that she could be cured. Therefore, his life goal is to cure Nezuko, kill Muzan Kibutsuji and take revenge.

So, How Old Is Tanjiro?

Tanjiro was 13 years old when the story started to unfold. His birthday was on July 14th and Cancer is his Zodiac sign.

After the tragic incident of his parent’s death, he took an oath to avenge them and cure his sister. In order to do so, Tanjiro trained for two years at Sagiri Mountain under the supervision of Urokodaki Sakonji.

After a while, Makomo and Sabito helped him to train further. He continuously tried to use his blade properly. When he became 15 years old, he successfully sliced the boulder and was selected to the Final Section.

Who Is The Youngest In Demon Slayer?

Nezuko Kamado was the youngest character in this series. She was turned into a demon by the demon king at the age of 12.

Who Is The Oldest In Demon Slayer?

The demon king himself, Muzan Kibutsuji was the oldest of all the characters in the series. He is over 10,000 years old and at the end of the series, he tried to stretch his lifetime by implanting his soul into Tanjiro’s body but was unsuccessful.

Other than him, Akaza was 200+, Tengen Uzui 23 and Sanemi Shinazugawa was 21 years old.

Is Tanjiro’s Wife Older than Him?

Yes, Kanao Tsuyuri is a year older than him. Although their story did not have as much screen time as the action sequences, there were some cute-loving moments between them.

However, they got married at the end of the war against Muzan and lived a peaceful life together for a long period of time.

I hope you have got your answer for the question- how old is Tanjiro? And I have tried to include other characters’ ages as well that surround Tanjiro’s everyday life. I assume you don’t have any confusion about the age of the characters.

To let you know the most important information in this article, the release of Demon Slayer Season 2 is right around the corner. So, watch the previous episodes to jog your memory and enjoy the new season of Demon Slayer. 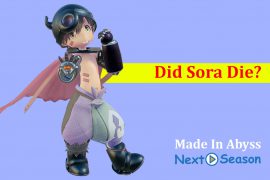 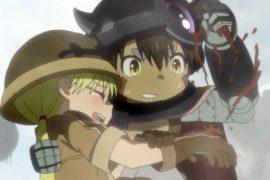