Have you ever wondered how powerful is Saitama? Well, he has been extremely powerful since the beginning of the story and it is really hard to assume the limit of Saitama’s power.

Unlike other typical heroes, Saitama’s strength and powers are not growing continually from zero. He trained hard to become a top-ranked hero, became one, and remained like that.

His powerful ‘One Punch’ is enough to eliminate any monster- these are the normal stats of his power.

What Are The Power Stats Of Saitama?

It is often said in the anime that Saitama’s strength and power have no limit. He is just unbeatable and no matter what comes in front of him, his one punch is enough to defeat all of them at once. Though he is doing this hero work for fun and often toying with them gives him pleasure, defeating them was never a problem for him.

Saitama’s durability allows him to defend himself without getting a single scratch while combating the monsters. Moreover, the way he trained his body, he is now at the superhuman stage. And his physical features provide him the energy to fight even in the outer atmosphere of this planet earth.

Furthermore, his superhuman combat style, speed, and stamina are also far over the limits. His fight with the alien-like mutated monsters and mechanical warriors proves that he is unbeatable.

Is Saitama The Most Powerful?

The heroism he showed in the series to save people is astonishing. He crashed a comet in outer space, fought different monsters on a daily basis and there is literally no one who could cause any harm or give a simple scratch to his body.

Is Saitama at Full Power?

Well, many fans usually argue with the anti-fans that Saitama’s power has no limit. The fact that he broke and removed his limiter a long time ago, makes the fans think that he is already at the peak of his talent, strength, and power and they are infinite.

But infinity has no limit. So, you can also say that Saitama’s power is not at its peak and it is still growing on and on.

It has been the burning question to the fans all over the world- what is the limit of Saitama’s power! Well, I think, instead of worrying about that, watching Saitama in action is far more interesting and captivating.

So, invest your time more by reading the manga to know more about Saitama’s True Power. 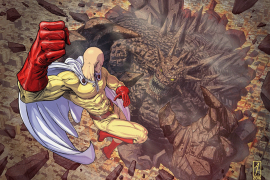 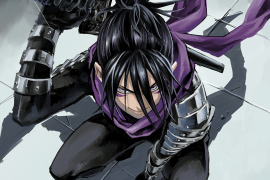