If you love watching romantic series, then you must have watched at least one Korean drama for once in your lifetime. In that case, write the name of Love Alarm in your watch list because this series is full of romance and mystery.

Love Alarm Season 1 was one of the best KDrama I have ever seen. The innocent school love and the invention of the app which can tell who is having feelings for you, have made the series an exceptional one.

This article will provide everything you need to know about Love Alarm Season 2.

Although the country of origin of this series is South Korea, the show was the first one that was distributed by Netflix. So, Love Alarm Season 2 was confirmed from the very beginning.

Season 1 premiered on August 22, 2019. This part contained 8 episodes and was admired by people all over the world because of the unique concept it showed. Among all other typical  Korean dramas, Love alarm was a top release on Netflix.

In Korea, there is a trend going on for many years that numerous series are made from Webtoons. When a certain webtoon (web comic) receives reader’s support and admiration, the producers make a real action TV series based on that story.

Now, you may have to wait for Good Omens Season 2 as the source material is not enough. But you can watch Season 2 of Love Alarm because it has already finished airing.

The story of this series was focused on an app which could let you know whether someone has feelings for you or not. The app worked only within a 10 meters radius. Therefore, the phone would ring an alarm whenever someone’s heart was beating for another.

It could be simple and effective but the story turned to events when two people had feelings for the same person. Two friends: Lee Hye-young and Hwang Sun-oh started feeling love for the cheerful and attractive Kim Jo-jo.

Season 1 was plotted in the background of beautiful and innocent high school love. Sun-oh, the model, got famous from the first day at school whereas Jo-jo had no interest in the app or any love related stuff. She only focused on her study and work instead of staying gloomy for her unfortunate past.

Even though the app was difficult to understand at first, it became easier as the drama developed. The feature ‘Shield’ helped Jo-jo to hide her true feelings but at the end of season 1 she decided to remove it for once and for all.

Sun-oh and Hye-young’s friendship faced a complicated situation when two of them confessed their feelings for the same girl. Therefore, instead of fighting each other, they asked Jo-Jo to decide whom she wanted to be with.

At the end, the developer of the app launched an updated version for the controversies and protests for safety against the previous one.

What Happened in Season 2?

On March 12, 2021 the first episode of Season 2 aired. I will not give you any spoilers but want to tell you that this season opened a lot of closed doors.

After finding out the actual meaning to be with someone, Jo-jo decided to take her shield down. She confronted Sun-oh to tell why she could never be with him. After the heartbreak, Sun-oh found his love somewhere else indeed.

Jojo’s background story about ‘The Ringing World’ was revealed in this season. Besides, the subplot about the killer and actual mastermind behind the mobile app came in front as well. Even though it wasn’t a happy ending till the end of season 2, the messed up relationships were sorted out this time.

Does Jo-jo End up with Sun-Oh?

Answer: Well, no. They don’t. After so many confusing events and Sun-Oh’s unstoppable drive towards Jo-jo, she explained to him why she couldn’t be with him. And at the end, Sun-Oh also realized that he had feelings for someone else as well.

Answer: Yes, he is. Although he was the real mastermind behind the Love Alarm app, Brian Chon, his elder brother was, at first, the face of the company and Duk-Gu remained dead for the whole world.

Is Love Alarm Still On Webtoon?

Answer: Yes, it is. The Web-comic version is still publishing even after the author’s surgery. DAUM Webtoon is publishing the webtoon. Already 7 volumes have been published so far.

With an IMDB rating of 7.2, Love Alarm Season 1 was loved by many viewers. Now it’s time to see if the second season receives the same fame or not. Love Alarm Season 2 may seem like a whole new drama as it not only focuses on love stories but also the mental struggle people have to deal because of love.

And when you finish off the series, try watching Wentworth Season 8 and enjoy the twists of being in the prison. 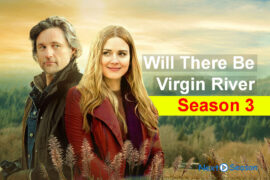 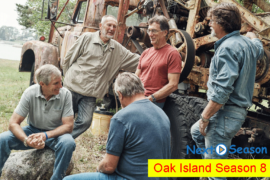 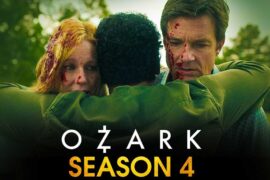 Ozark Season 4 Release Date, Cast, Story And Everything We Know 2021