Life can be very boring for a typical person leading a typical life, right? So, we sometimes wish that we were someone extraordinary. But what would happen if we were reincarnated as a slime, out of all things?

That’s what happened in this anime, a typical working man, Satoru Mikami who never even had a girlfriend in his lifetime, got reincarnated as a slime after being stabbed to death.

If you are already familiar with this anime, then most probably you are eagerly waiting for the next season. Well, in this article, you will find every information about That Time I Got Reincarnated As A Slime Season 3.

Tokyo MX premiered That Time I Got Reincarnated As A Slime Season 1 on October 2, 2018 and Eight Bit animated the series. Crunchyroll simulcasted it and Funimation streamed an English dubbed version at the same time.

The source material of the anime That Time I Got Reincarnated As A Slime is a light novel series with the same name. The light novel was written by Fuse. This anime is also known as TenSura. TenSura Season 2 aired on January 12, 2021 and is still ongoing.

What Happened in TenSura Season 1 & 2?

Satoru Mikami found himself as a slime in an unknown realm after being killed at 37 years old. He was very amused by the fact that he possessed many skills that he wished to have as a man. He made a new friend with a sealed ancient dragon named Veldora there.

Veldora named the slime as Rimuru Tempest. Rimuru then promised Veldora to break free of his seal. He then also saved some goblins from a group of direwolves and befriended them. A group of ogres claimed that Rimuru was trying to attack their village but Rimuru convinced them that he was not.

The orcs were actually attacking the ogres village. Rimuru offered to help the ogres to defeat the Orc Lord. Treyni the dryad explained the secret skill of the Orc Lord to Rimuru. Ultimately Rimuru defeated the orc lord who was created by Gelmund in order to become a Demon Lord.

Rimuru became friends with one of the demon lords, Milim Nava. While the other demon lords were plotting against him as he killed the Orc Lord. Phobio, the beastkeeper of Demon Lord Carrion, broke the seal of a destructive beast Charybdis. Rimuru and his allies prepared to stop Charybdis from destroying their world.

Rimuru’s army destroyed the megalodons and Milim destroyed Charybdis while letting Phobio go. A dying Silver Wing summoned Kuro and he avenged them. Kuro left Shizu without killing her and declared that Rimuru would lead him “to the truth of this world” in the end scene.

In That Time I Got Reincarnated As A Slime Season 2, Rimuru returned to the Tempest and took over control again after being absent for time being. He befriended the Kingdom of Eurazania and the Kingdom of Dwargon after visiting Gazel. Magician Mjurran accompanied Rimuru who was a spy working for Clayman.

The Kingdom of Falmuth began planning to invade Tempest. Hinata attacked Rimuru on his way back to Tempest and Falmuth attacked the villagers meanwhile. After returning, Rimuru planned to bring back his lost companions by a ritual to defeat Falmuth.

Rimuru destroyed the whole Falmuth force and absorbed their souls and became a Demon Lord by the process. He then resurrected Shion and other companions. He summoned a Primordial Demon “Diablo” to be his subordinate. And finally, he fulfilled his promise to Veldora by destroying his seal.

What is the Release Date of Tensura Season 3?

The anime series has topped the Japanese TV rankings and is one of the Top 5 most popular anime. And the light novel has 17 volumes of which only 5 volumes have been covered up until now. So the chance of releasing TenSura Season 3 is very high. We are expecting it to be declared this September and be aired in early 2022.

On Instagram, around 30.6k posts were published hashtagging about this anime.

Along with 48,495 likes, thousands of comments are posted on the facebook fan pages.

1,264,513 people viewed the season 2 official trailer on YouTube. So, you can assume how popular season 3 will be.

The anime series TenSura is the winner of Best Protagonist for Rimuru Tempest by Crunchyroll Anime Awards.

Is TenSura a good anime?

Answer: Yes, it is one of the top rated animes.

Answer: No, he is the protagonist.

Is there romance in TenSura?

Answer: No, there’s not much.

Since there are proper reasons for That Time I Got Reincarnated As A Slime Season 3 to premier in the near future, there is no reason for us to be sad.

Hope the production team will do their best to make another amazing season. Until then you can try reading the manga of the same name.

We are hoping for Yasuke Season 2 and Haikyuu!! Season 5 to release as well at the same time. So, stay home and stay healthy. 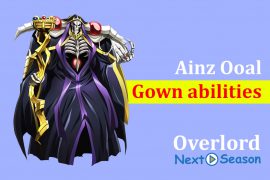 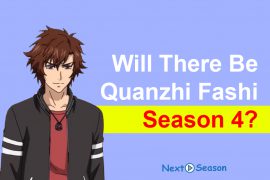